Whoops, I have fallen a bit behind on writing blog posts, but it has been a busy week. I feel like so much happens in a day it is impossible to capture it all through the blog! This week we had our first two days of village based rehabilitation (VBR). We weren’t entirely sure what this was going to look like, but the idea as required by our program at Queen’s, is that we use our knowledge and skills about occupational therapy for helping a community, or a group as our client, rather than providing OT services to individual clients. A huge focus is making sure the work is sustainable and entirely based around the communities wants and needs. 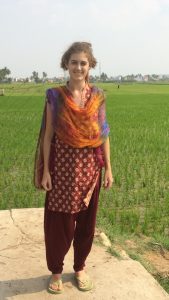 Windy hair, but outfit of the day

The previous group of students determined that the children with disabilities in the villages did not have proper seating and positioning at home, with many families not even owning a chair, and if they did, it is usually a plastic lawn chair. This is also related to feeding issues, as the child was not being fed in a safe manner, often lying down or cradled in their mothers lap. The idea is that we will be picking up on this need, gaining a further sense of the issues these children and family face, and then determining a course of action (such as an information brochure or resource) that can be used to educate VBR staff who visit children regularly, and also distributed directly to families.

A week ago we prepared our questions and approach to meeting with various families, and then this past week we went out into the villages for two days and met a total of 10 children and their families. Preparing for these outings was hilarious, because once again, everyone is so concerned about our safety and being able to manage in the heat. We spent at least 20 minutes making sure we would bring enough water, snacks, they suggested juice and electrolytes, they also wanted us to bring ice for our water and just ice packs in general (meanwhile, we don’t have access to a freezer, let alone a fridge at the guest house). But either way, they warned us that the days in the village would be long and hot since we were outside more than we are when we are working on campus. They also wanted to add in some “sight seeing” if we would have enough energy as well. 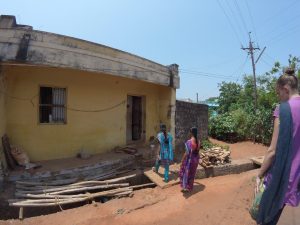 Entering a home with our translators

The visits to the homes were amazing. First, the streets are just beautiful, we were on some quieter residential streets, as compared to the busier ones we were used to driving on. The houses are all painted such beautiful, bright colours making for some pretty pictures. We got into quite a funny pattern throughout the day that started with us walking to a home, entering it for the assessment, and then by the time we were walking out the doorways to the houses we passed were packed with what looked like all the members of the household standing there, watching us walk by. They had all submerged from behind closed doors to catch a glimpse of the foreigners. If I haven’t mentioned it previously, we are most definitely the only foreigners around here, and we sure get a village, or town talking. But as usual, everyone just wants a friendly wave and a chance to practice their English greetings of “Hello, what is your name?” Or “How are you, I am fine.” The neighbourhoods are very interesting because it isn’t like many places in Canada where you generally have neighbourhoods and streets all with a similar level of income. Here, there seems to often be a mixture of nice houses mixed in with the poorest of conditions. So you never know what you are walking in to. 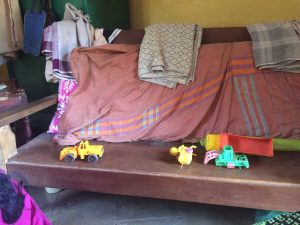 The only seating in their house, and some toys. More than most kids had 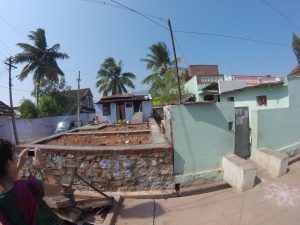 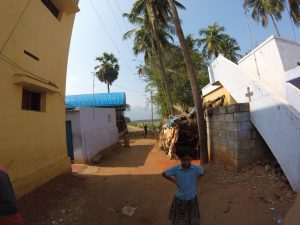 On the edge of town

The actual assessments with the families were another story. All children we will be seeing have Cerebral Palsy (CP), and many with intellectual delays as well and they are between the ages of 2-10 years. Overall, the children and families have very low resources, and the children spend most of their day lying on the floor with very limited stimulation and social interaction. We have got the sense that it is largely because of a lack of education on CP and possible outcomes, but also because there are just such high demands on the caregivers. We met one mother who has a daughter with dwarfism, and two younger children with CP – I don’t know how she does it! We also commonly got the question from the parents asking when their child was going to be able to walk. This was a question we struggled with because we do not have the answer to that question, and likely for some children they will never be able to walk, but this again, shows their lack of education on their own child’s condition. All of the children we see are involved with the ASSA VBR program, which is a positive sign, with many children getting at least some visits from a special education teacher, social worker and physiotherapy, however, we are also not sure how they are educated on these conditions and what the extent of their interactions are with the families and children. 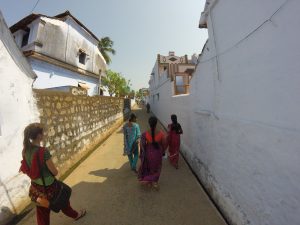 The houses themselves that we saw were very basic, many consisting of only two or three rooms – a kitchen, and then 1-2 small rooms where everything else happens, including sleeping. All of the children sleep on a mat (thin) on the floor, and most are fully dependent on their caregiver for everything including feeding. Most children could not sit independently on the floor, and would require significant support to position them in a safe manner while seated. Feeding did not seem to be as much of a problem, which may have been influenced from the previous group of students educating them on the importance of at least having the child in an upright position. Most children also spend all of their time at the home, only going into the village for special occasions such as festivals when they visit the temple with their family. 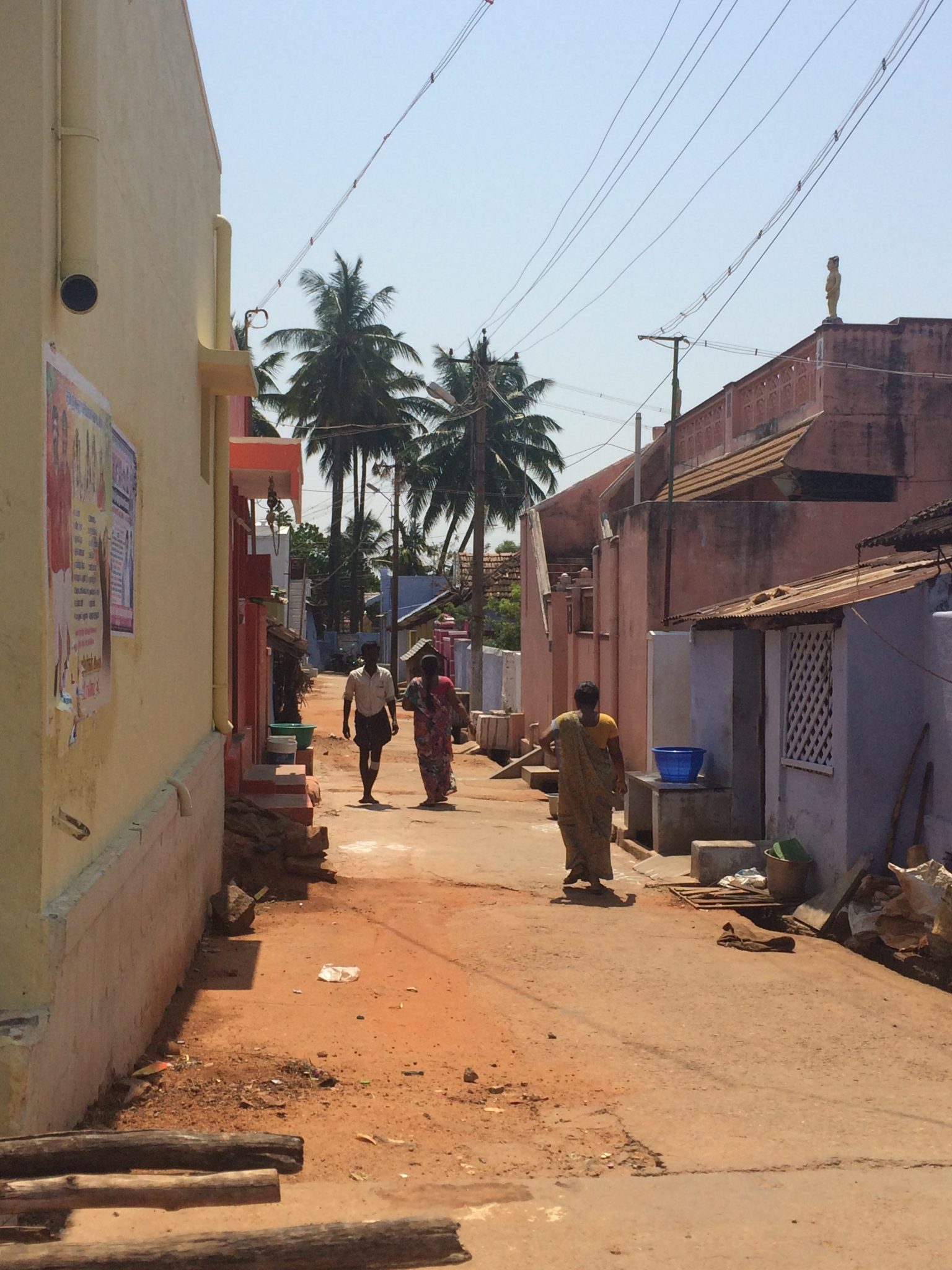 Steph and I have a lot of work to do, but we have more families and children to see next week to gain an even better understanding of the needs of these children in the community. Oh, and as warned it was ridiculously hot – we have started coming up with terms for all the different kind of sweating we experience, but the VBR days were definitely a “full body sweat” aka “FBS” for all of us with every inch including our shins sweating, and we had a new one we are calling “communal full body sweat”, which we experienced as all six of us crammed into an auto rickshaw (like the tuktuks), and were pretty much on top of each other. But, we enjoyed the experience and learned a lot, so I throughly enjoyed the visits and I am looking forward to next week! 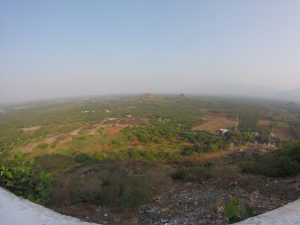 Sight seeing – view from the temple on a hill

Oh, and I also added some pictures to the post about the temple ceremony because I forgot to do that earlier.